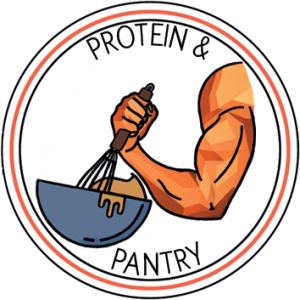 Let’s start with the bad…

It’s perhaps one of the most popular “chocolate nut spreads” (take that with a pinch of salt), but a photo revealing exactly what goes into Nutella may have you thinking twice before dipping a spoon into the well known spread.

A new image published shows the ingredients that go into making a jar of Nutella — and if you thought Hazelnuts or Cacao would be high up on the list, think again.

The first layer, which is the second highest ingredient in the jar — is palm oil — which takes up about a quarter of the jar.

Palm Oil has been labelled by The European Food Safety Authority as more of a carcinogenic than any other oil and could lead to cancer. Not to mention the Palm oil plantations have caused severe deforestation, threatening wildlife and the global climate. #AVOID.

Underneath the oil, sits a slither of skim milk powder, cocoa and crushed hazelnuts — which altogether account for another quarter of the jar.

Finally — the rest of the jar is filled with refined white sugar — which is evidently the biggest ingredient in Nutella, taking up a good half of each jar.

Nutritionist and dietitian Dr Joanna McMillan said that while she isn’t surprised by the ingredient listing, she is concerned that people still might see the spread as ‘healthy’ because of the hazelnuts and greenery on the packaging.

“Nutella is basically confectionery and not a food for everyday. It contains palm oil, and I would never buy any food with palm oil as ingredient.” (We will never make one…don’t worry P&P family 😉

Where we come in…

Quite frankly, we were annoyed with Nutella. It is marketed as a health food, but contains more white refined sugar, palm oil and skim milk powder than actual nuts or cacao!

We decided to create a legitimate healthy answer to chocolate spread but without the guilt! Roasted Cashew & Cacao butter that delivers a dark and intense chocolatey taste.

Unlike Nutella, our Cashew & Cacao butter is packed with protein, completely refined sugar free and the best part?…It contains 40% less sugar than Nutella and 50% more protein! Of course, there’s absolutely NO Palm oil (yay, for no deforestation), and not to mention it’s vegan friendly.

Better for your body and the planet. Now if that’s not enough to make you fall in love with our Cashew & Cacao butter, we don’t know what is.

We also think it tastes better too, but don’t take our word for it…

Follow us on social for news and special offers!